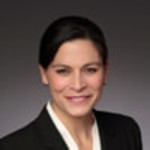 Liza Burke's 20+ years of knowledge and experience are garnered from hundreds of prior clients and cases. Ms. Burke has represented individuals from all walks of life and all types of social, cultural and financial backgrounds. She has been the Seattle defense attorney or advocate for professionals such as business executives, doctors, sports figures and lawyers. She has also been the attorney for grandparents, students and young children.

Ms. Burke has made hundreds of court appearances in superior, municipal and juvenile courts throughout Western Washington and was trained in the high volume, urban courts of Seattle. She has tried cases with very poor prospects of success and obtained “not guilty” verdicts. She has successfully negotiated complete dismissals of serious cases and other resolutions which protect her clients' liberty and dignity. And she has done all things in between those two outcomes.

Ms. Burke brings the wisdom and knowledge obtained from over 20 years of interaction with hundreds of opposing counsel, all levels of prosecutors, and from her collaborative work with many top notch attorneys in Washington State in settings ranging from serious high profile felonies to more modest legal proceedings.

Because of her years of in depth and varied experience, Ms. Burke's clients can fully expect and receive excellent communication, education, strategy, advocacy and outcome. Additionally, her clients know to expect candor and fairness regarding the fees and costs for the representation.

Liza Burke is a graduate of the University of Washington School of Law. Admitted to practice in Washington in 1993, the majority of her legal career has focused on defending people accused of wrongdoing in criminal, civil and educational settings. For several years, Ms. Burke has been recognized “Super Lawyer” by Washington Law and Politics Magazine in addition to being elected by her peers to serve as a leader on the prestigious governing body of the Washington State Bar Association, the WSBA Board of Governors, from 2005 to 2008.

Ms. Burke began her career as a staff attorney at Society of Counsel where she successfully represented hundreds of adults and juveniles in the misdemeanor, juvenile and felony divisions. Ms. Burke joined the AV rated law firm of Cohen & Iaria in 2001. There she handled almost all of the firm's juvenile and domestic violence cases in addition to other legal matters. Ms. Burke remained with Cohen & Iaria as a partner until the firm closed in 2009.

Ms. Burke is a respected leader in the legal community. As a member of the Washington State Bar Association's Board of Governors, she served as the board liaison to the Committee on Public Defense, Judicial Recommendation Committee, the Mandatory CLE Board and the WSBA Criminal Law Section and Juvenile Law Section. Ms. Burke was active in the pioneering efforts that established the statewide Juvenile Law Section for Washington attorneys and she presented the motion for establishment of section to the Washington State Bar Association Board of Governors in June 2006.

Ms. Burke was also appointed to serve on the State Bar Association's Trust Account and Retainers Task Force in 2005. The focus of the task force was a revision to the Rules of Professional Conduct regarding lawyer fees. The work of the task force was ultimately adopted by the Washington State Supreme Court.

She also served on the Board of Directors for Society of Counsel Representing Accused Persons from 2006 to 2008.

Ms. Burke speaks at seminars and to interested groups regarding juvenile offense issues and criminal law practice. For several years she was a guest lecturer along with the head of the King County Prosecutor's Office Juvenile Unit at both the UW Law School and Seattle University where she jointly presented to students on the proper role of the lawyer in juvenile court. She has served as a contributing author to the King County Bar Association's Lawyer's Practice Manual and is a former instructor at the National Institute of Trial Advocacy. In 2007, she was the keynote speaker at the King County swearing in ceremony for new lawyers of the Washington State Bar Association

Thank you for contacting us. We will get back to you shortly.

Please complete all required fields below.

We serve clients throughout King County and beyond who need effective, supportive and respectful legal defense or representation. Reach out to learn how we can best serve you.